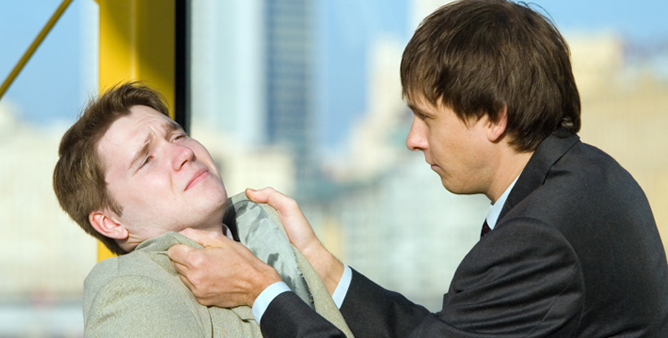 Assault occurs when one:

The level of the charge in an Assault depends on whom the Assault was alleged against, the type of assault that was alleged and whether you have been charged with any prior assaults.

Family Violence cases are even more serious than some other assault charges for a couple of reasons:

Aggravated Assault is the same definition as above, but also includes the exhibition or use of a deadly weapon.

There are a number of defenses to the charge of Assault. Such as, self defense, complete denial, and consent. Some of the factors that are considered in evaluating a case are:

These are just some of the factors that will be evaluated. Each case is unique and I need to become familiar with the facts of your case, so that I can understand what defenses you may have available to you.

Assault is one of the scarier crimes to me.  This is because, I see so many innocent people getting arrest for assault everyday.  All it takes is for someone to call the police, make a claim that you hit, pinch, pushed, choked or physically hurt them in some way, and an officer to believe them, for you to get arrested.  Yes, this is one of the few crimes, where someone can just say things to get you arrested.  There may not even be any evidence of any crime, other than the alleged victim’s testimony.