Possession of Various Drugs and the Defense

You can be charged with Possession of Controlled Substance for anything ranging from synthetic marijuana or prescription medicine to cocaine, heroin, or meth.

If you are charged with Possession of Controlled Substance, you could be facing anything from a Class B Misdemeanor for synthetic marijuana all the way up to an enhanced First Degree Felony for something like Cocaine or Meth. The degree of the charge will depend on two factors:

1. The type of substance they claim to have found, and
2. The quantity of the substance.

Now, if you have less than 2 ounces of synthetic marijuana, then you will face a Class B Misdemeanor, which carries a maximum penalty of 180 days in county jail and up to a $2,000 fine. (Side Note, stick to weed if you are going to smoke something. This synthetic stuff is terrible).

So, as you can see, possession laws carry a wide range of punishments, depending on whether it is possession of a small amount of marijuana or kilos of cocaine. Mr. Saman handles less than a gram of marijuana with the same vigor as he fought the government in his most recent federal 13 kilos of cocaine case. So, no matter how big or small the possession case might be, Mr. Saman knows how to fight for you.

The level of the charge is dependent both on the kind of drug you are alleged to have had and the quantity of the substance. For example, a small amount of marijuana is a misdemeanor, while a larger amount can be a felony. 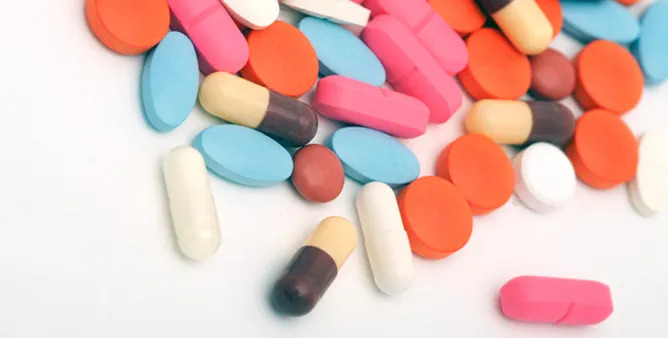 Consequences of a Conviction

Depending on the substance, the location it was found, and where you were at the time it was found, there are a number of defenses you may have available to you.

In Example:
If you were driving a friend’s car, the drugs were found in a hidden place, you did not know and had no reason to know they were there, then there is case law on your side. Texas Courts have ruled that there must be an affirmative link established between the defendant and the drugs. There are a number of factors (between 11 & 15 factors) that must be analyzed, including the factors listed above. Did you try to run? Did you make any furtive movements? Did you have any other contraband on you? Did you have a sizable sum of cash on you? Those are just a few of the factors courts look at in determining whether there is an affirmative link between the defendant and the drugs.

It is important to know what your rights are when confronted by the government. Meaning, when an officer asks you if they can search your car, the answer should undoubtedly always be NO! When it comes to possession cases, over 99% of my cases are a result of a stop. I rarely get a client that was sitting at home smoking a J that gets busted by the 5-0.

Moral of the story, if you are going to partake in extracurricular activities, you are best advised to keep it at home. However, if you do happen to get stopped, there are a few points to remember:
1. Always stay calm. If you show signs of fear or nervousness, just like a dog, he will attack.
2. Know your rights. If the officer asks to search your car, ask them why they want to search. Ask him point-blank, what is your probable cause to search my vehicle.
3. Never give permission to search. I wouldn’t even give an officer permission if I didn’t have anything on me. I mean, let’s say your mom accidentally dropped her heart meds in your car, and you didn’t even know it. Guess what? You are going to jail.
4. Always be polite and courteous. There is no reason to piss an officer off. Being rude only increases your chances of arrest. And believe it or not, chances are, you are on camera, and the cop is miked up.
5. If you do get arrested, call a lawyer immediately.

Unfortunately, just because you don’t give an officer permission to search, it doesn’t mean that he won’t search. Chances are, you will try and find some way to get into your car. It is still important to try to protect your rights.

Now, if you are at home unless you are in danger and you need to cop’s assistance inside, you should never let an officer into your home. Not even if you were the one who called them. I had a client who called the cops, and she let them in to take a report. Guess what? They saw some weed on the table and arrested her. Meet them outside and let them do their job there.

Fortunately, we still have strong rights at home. If an officer wants to come into your home, he will generally need to get a warrant unless you give him permission. Now, just like everything else, there are a couple of exceptions to this rule, but otherwise, it is pretty hard and fast. So, what do you do? Don’t give them permission to come in.